LINQPad 6 does a full compilation when running a selection

In LP6, the following script does not run (selecting line 6-9 from this file). 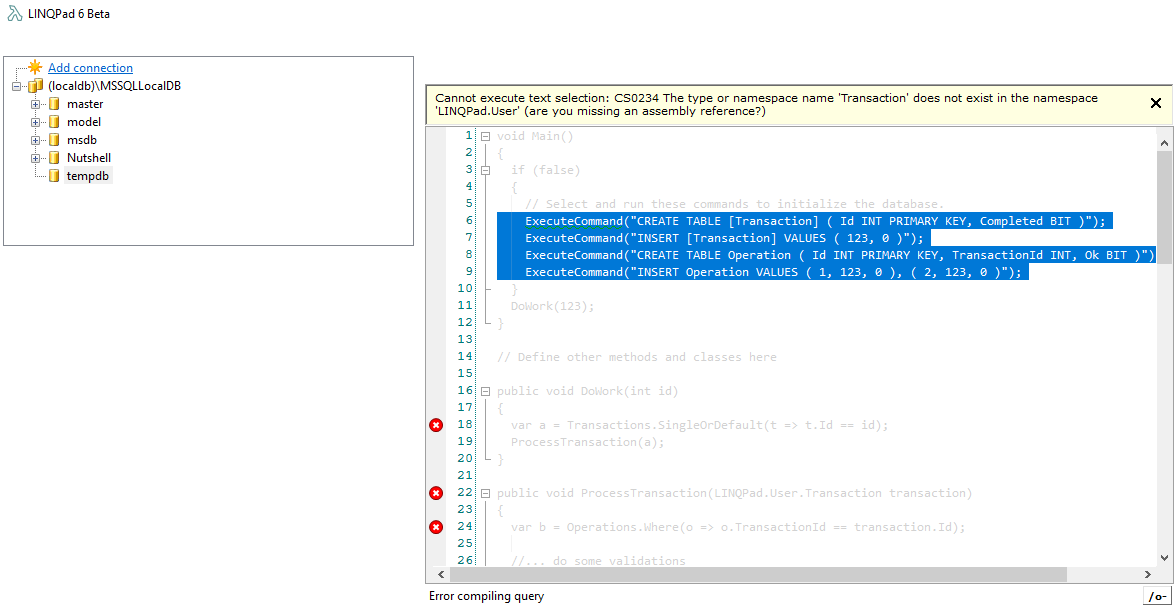 I have developed the query in LP5 which works fine on an uninitialized database: 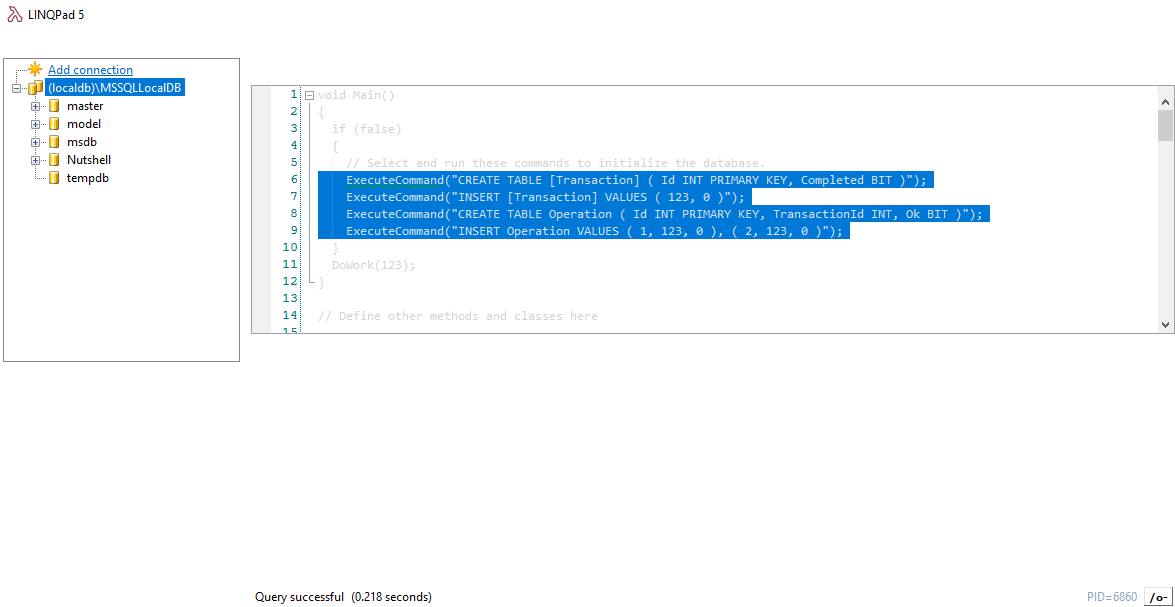 So, any chance to limit the script to the selected fraction before delivering it to the compiler?