When trying to activate my license I get the following error. 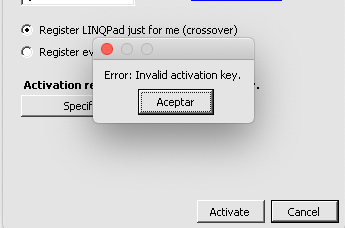 Opened a new thread here better than the old one. Thank you.