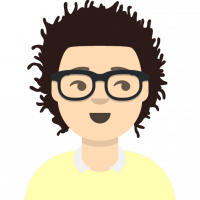 How to use a TypedDataContext generated by LINQPad in a Visual Studio project?

I have a .linq script which I convert into a .cs file, using some simple text processing, to load as part of a Visual Studio project. It depends on a generated TypedDataContext with two database connections. This was done on LINQPad 6, .Net 3.1, VS 2019.

My purpose is to keep running it as a LINQPad script, but to be able to share it as a Visual Studio project that compiles into a .DLL.

The problem is that I cannot update the TypedDataContext. I wonder if there's now a "proper" way of doing it, with LINQPad 7 (eg. using nuget LINQPad.Reference), rather than a collection of hacks.

This worked a few months ago:

Now (when I update TypedDataContext_xyz...) this fails at runtime with:

which is actually assembly used by the script but which does not have a corresponding file (".Location").

I have tried to redo in various combinations of LINQPad 6 and 7, versions of the libraries, nuget LINQPad.Reference, etc.