The circled CPU usage chart in Task Manager corresponds to Linqpad being frozen and eventually un-freezing. Interesting shape... also interesting that a good chunk is spent in kernel mode too. 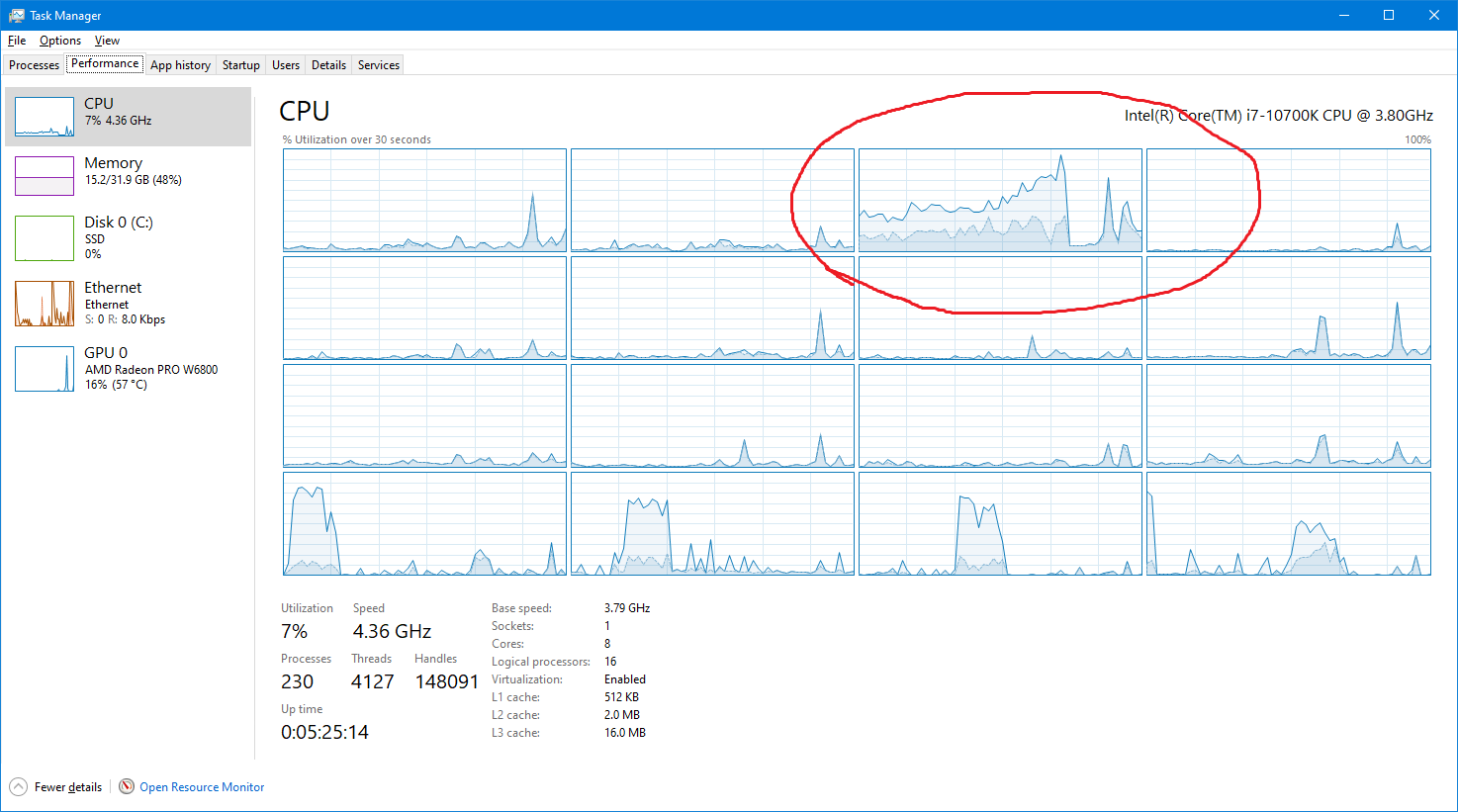