Null reference on an already used property. Looks like a bug. Has anyone else seen similar?

I'm in the process of migrating some data into a new DB and new schema using a script in LinqPad v6.9.15 Premium. I'm getting a null reference exception I can't explain as the item in question has already been accessed. (See screenshot below. If ProductProperty was actually null, I would expect the exception to get thrown on the "Count" line, but it doesn't. The mouse over tool-tip also shows the expected type in the first case, "NullReferenceException" in the second.) The same code works successfully to migrate to an SQLite database initialized using the same EF Core data model, but fails when run against an Azure SQL instance. Any suggestions? 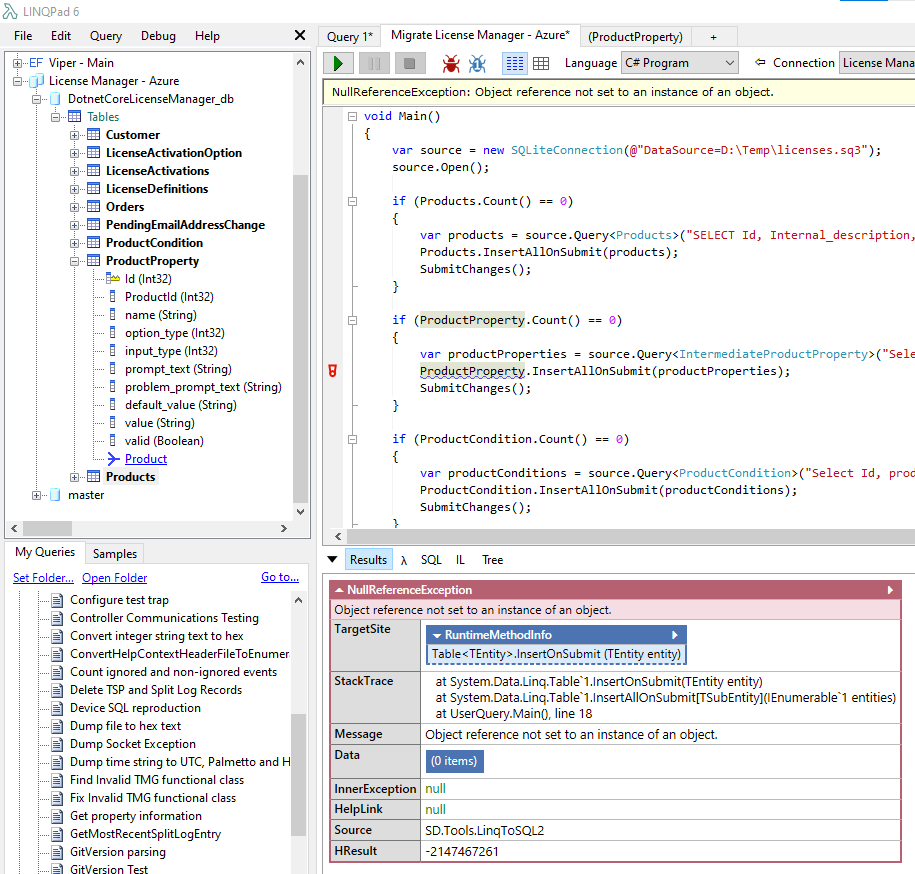