poke
September 2019
Hey, I just saw that there is a release candidate available. So I downloaded the setup from the website and installed it. However, LINQPad6 doesn’t run.

I thought that I might have to update the .NET Core runtime to make sure that it works correctly, so I upgraded from preview9 to RC1 but it still doesn’t work. 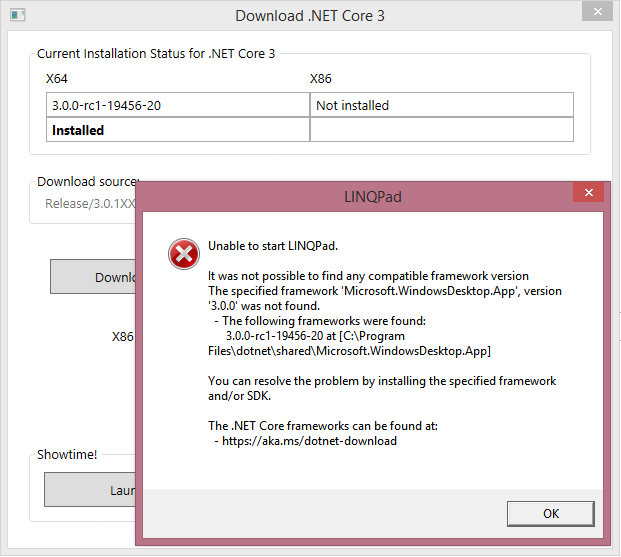 Apparently, LINQPad looks for a release version of 3.0.0 and fails.

I still had a LINQPad 6 beta download around, so I tried to run that and it worked just fine. It also updated automatically to v6.0.31:

Am I missing something or is RC1 simply not ready for a non-final release of .NET Core 3.0?
0 · Share on TwitterShare on Facebook